I’m not the most productive person when it comes to making games. I haven’t published much, there’s a lot of random code here and there on git repos and forgotten hard drives. I still have a few things I’m okay with, that you’ll find here. Some of these games aren’t available anymore, and I’m looking for a way to offer them again online. We’ll see how this goes

burnout. is a game about burnout, depression, and the others. When you’re depressed, there are things people say that hurt more than they help, no matter the intention.

In this game, you’re running through every day hoping to get to the end of it. But your fatigue is limited, and each day it will get worse. If your fatigue reaches 3h, it’s game over. If you make it through 30 days, it’s a less bitter game over.

To jump from platform to platform, just press the space bar. Warning : the jump is “static”, as in it will always be the same. Because when you’re depressed, things seem to be the same over and over again. So plan your jumps ahead.

Platforms are text messages you receive during the day. They might be completely neutral (you don’t care), good for you (your fatigue doesn’t lower), or bad (your fatigue goes down faster).

Once your fatigue runs out, it’s the end of the day, and the next one starts. Until you either run out of power or patience.

There is no way to quit a running game until you either lose or lose a little more. Depression doesn’t stop like that, what were you thinking?

Made for LD39 in 48h with Unity3D in a very ugly fashion. Music done on LSDJ, SFX on sfxr. “Art” scribbled in Photoshop CC2017.

It’s a mix of platforming and puzzle : you are control robot that needs to activate a generator somewhere in a grid based map. The robot moves on its own, to control it, you have to modify the level. To do this, you can change any block of the map with special blocks that can create walls, bridges, elevators, crumble under the robot’s feet, inverse gravity, etc… Much like in Lemmings, your role is to make sure the robot doesn’t break down on its path to the end. The blocks you can use depend on the level, and the fun part is to get 3 stars that are dispersed in the level. The gameplay then consists in finding the correct path which is the one we used to build the level design for each screen.

Regarding backstory, we’re set in a distant future where humanity has gone apeshit on resources on an interstellar level. One scientist, Dr. Ekha (pun totally intended) created Atmos, a two step device which consists of a teraform generator to fix the atmospheres humanity destroyed and a robot that activates it. Atmos goes from planet to planet through 21 levels each that get harder and introduce regularly new blocks and fun gameplay. Not going to lie, the lore is pretty thin.

Added fun : we built a level editor directly into the game so that players could create their own levels and share them with the world. The original 100+ levels were made with this editor 🙂

This is originally a Microsoft Imagine Cup project, from the 2012 edition in Windows Phone Game Design. It actually won 2nd place in its worldwide category, so this is nice. The team was composed of 4 friends that enjoyed way too much game design and beer for it to be sane. Credits go where credits due :

The original game was built on XNA for Windows Phone and later ported to Marmalade and Monogame for Android, iOS and Windows 8. There was supposed to be a company at some point, but eh, we didn’t make it.

Sure! Well, mostly. For some reason, it’s still available on the Windows 8 and 10 stores, so you can still play it on these platforms. To be honest, they’re the only ones we released, for various reasons, most of them being stupid stuff about a business plan. Anyway, just a heads up : the game is free to download, and contains the first planet completely free of charge and the level editor offline. The other planets and online features are available behind some dirty inapp purchase I was never okay with, but hey. To be honest : the company we planned to create doesn’t exist, so if you purchase the rest of the game, we’re not getting any money for that, it’s all for Microsoft. Also, online features have probably been out of service for ages, so take that in account. That said, the 100+ original levels are excellent, and I’m not saying that because I was part of this project. They are really really good and something that we’re very proud of. I will probably talk with my friends in the coming months to rerelease the game on computers for free.

Oh and here are screens and a neat trailer (in french) 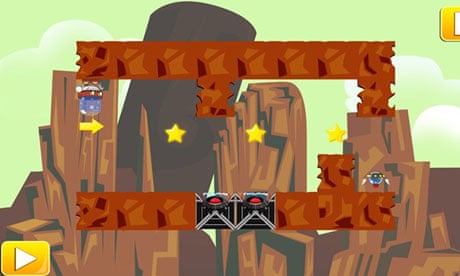 You are a space fight pilot or some shit like that and there’s tons of weird agressive robots flying down on you, so you just, like, shoot them and stuff, and you get score, and then they can drop bonuses which give you more score, more power or a shitton more bullets, or maybe all of them at the same time, and then at some score points bosses are gonna pop, they’re harder to beat and they give big score, and not to forget that the game is infinite, goes on as long as you live. No pause.

The original version on Windows Phone was tilt/touch based with autoshoot for the kek god and very simple scoring system. XY version used a virtual joystick and buttons and allowed horizontal and vertical movement, hence the name pun. It also had buyable upgrades and online scoring. Some kid went ahead and scored 3.5 million points once, first time I actually felt proud of one of my games.

Originally it was a hackathon joke. Then it got out of hand and I actually devd the game in about 12 hours or so on Windows Phone with XNA, and it won some kind of hackathon prize or something, to which I was mostly oblivious because I hadn’t slept in 72 hours. Turns out the game actually made it to some windows fan websites, and at this point I had become nothing but the hollow hulk of my lost integrity. I got my 15 minutes of glory with it, it was fun.

Later on, I decided to port the game to Windows 8 to git gud at monogame with my brand new in house framework for 2d blitting (which, at this point in Monogame’s history, was not fully implemented ; don’t mind me, just showing off). But I wanted to go further, so I added a bit more gameplay, upgrades, complex touch controls, responsive design, cloud storage and UX. This game basically was a workout session to litterally git gud.

It was good, innocent fun.

Nope. Microsoft took them both down a while ago because of some certificate error, and I’ve yet to find the courage and the interest to put them back online. If there ever is a demand, I’ll make a desktop version of XY one day. In the meantime, have some videos (extremely sorry for the brony shit)

Tbh, it’s a hackathon clone of Jetpack Joyride. Looks like it, plays like it, just different name and setting. There were multiple environments planned but I only had the time to do one. The prototype was hardcore af, basically impossible to survive for more than 10 seconds.

I made it for some Microsoft event named Dev Kings because I was at rock bottom with my life, moreover my then current relationship and I needed something stupid to get away. So this game kinda popped out of nowhere as a way to flip it off to life. I actually went to this hackathon alone, not knowing anyone because I didn’t give a single fuck. I used to live in Bordeaux back then, and when I arrived in Paris, the metro line I had to take was out of order, and instead of taking buses, I walked all the way from Montparnasse to Kremlin-Bicêtre because fuck it. This game is pretty painful, main reason I never really finished it.

Fun fact : there is a llama that randomly appears during the game that grants you a huge coin bonus with a bit.trip.runner like visual effect. A close friend gave me the idea 6 hours before pitching it to the jury, and I was like “sure, let’s do something stupid”. It’s still my twitter avatar after several years.

The game uses a very modified very of Monogame I had gotten out of months of improvizing with it.

In the meantime, here are the assets I created for the game. Asteroid meets invaders in a round based simple game. Stuffs with canons appear around you on the screen and they shoot at you, so you shoot back with mouse aim and ZQSD. There’s also some overpowered missile you can shoot once in a while.

Enjoy graphic fidelity from the year 1979 with fully vectorial assets and fakebit sfx. Also, since this is a constant in my games: it goes on forever as long as you live.

Guess what, it was a joke. One of my friends challenged me to a 1h gamedev contest with the technology of our choice. I chose to do it with Löve2D, because it seemed pretty funny. So yeah, this happened, I updated it a couple of times to add polish, but it is as is.

I actually made a blog post about that one

You’re a bird which can somehow shoot fireballs or some shit like tha- okay i’m going to cut the crap, this is basically a bootleg vertical version of Space Shooterz XY. Yes, I did a bootleg of a joke bootleg. Sue me.

I was poor af at that time during christmas, and had nothing to give to my small cousins this year. So I made this game during the Paris-Bordeaux train ride to not come empty handed. They actually loved it!

Well, it’s on itch.io, but it doesn’t seem to be working with the latest Unity player (plus that prevents Chrome users from playing too). I’ll fix it someday.

Ironically I have no screenshot of it, so it’s kind of a let down.

Anything else? What about now?

There’s a ton more, mostly jokes and prototypes, sometimes stuff I never had the courage to finish. There’s one in particular I missed out in this list, Hypergon, and those who knew me at the time probably know why. Feel free to ask why, but it’s not something to talk about in public. Another one I was pretty advanced on was  The Storm :